XXIII EDITION
May 20th, 2014
NH MILANOFIORI Congress Center- Assago, Milano
Edition 2014, With more than 1200 visitors and more 25% in the number of attendees , from the 2013 Edition M2M Forum, that took place in Assago, Milan on May 20th, and organized by Innovability (www.innovability.it), confirmed his status of European most important exhibition devoted to the machine-to-machine communication.
A leadership strengthened by a planning every year more international of the event, that this year saw 124 attendees from 19 European and extra-European countries .
The same international participation was found among the sponsors, exhibitors and partners that were 78, the 45% of which were foreign, with two collective from France and Sweden, whereas 11 out of 20 endorsing institutions were international.
Click here to view the PHOTO GALLERY
Click here to download the M2M 2014 Show Guide
Click here to download the M2M 2014 End of Show Report 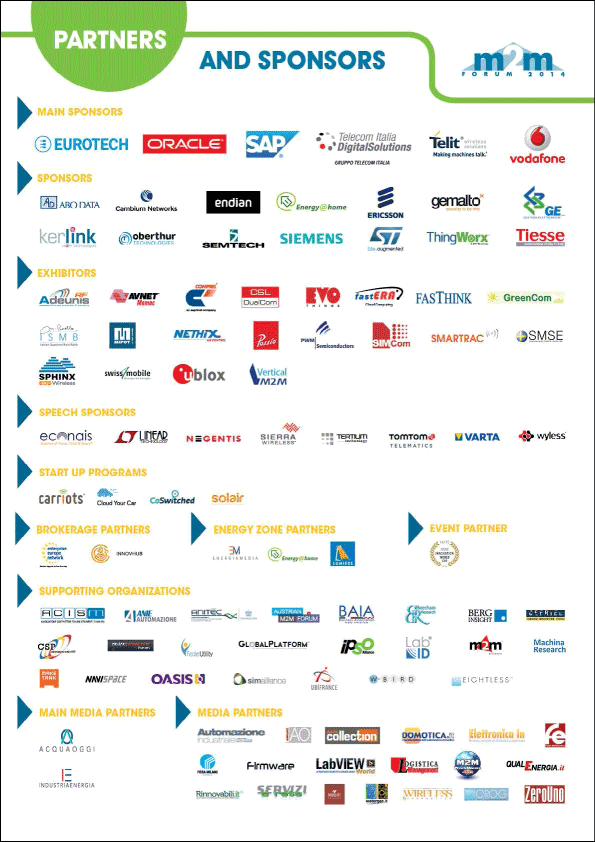